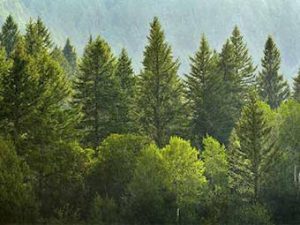 It has been a year since my first herbal blog last December and my herbal year has come full circle, once again celebrating the festive season.  This December I have chosen the noble pine tree of which there are many species.  The Pines, being evergreen trees are pillars of green in the woods and hedgerow, the only colour in the dullness of winter, reminding us of the green that will return in all its glory in the spring.

The Scots pine truly is indigenous to Great Britain, alongside the Juniper and Yew tree, it used to cover this beautiful land of ours making up huge forests.

In modern herbal medicine the needles, resin and young buds are used. Traditionally, this is a remedy for pulmonary tuberculosis and other upper respiratory disorders. It can be use internally for respiratory conditions but the preferred way to use pine is as an inhalant. The resin and oil also have an important role to play in rheumatism and arthritis. Adding a preparation made from the twigs to bath water will also help with nerves, muscle pain, fatigue, sleeplessness, healing of cuts and wounds and skin irritations.

The essential oil is widely used and distilled from the needles and collected from the resin. Its fresh clean odour and its great antiseptic properties make this an ideal plant to use for sprays which can be used as a deodorant and/or room freshener, as it kills odour-causing germs and covers unpleasant smells.

Being such an ancient tree, the Pine has many customs associated with it. Druids considered it sacred and used to make fires from Pine to celebrate the Winter solstice and to draw back the sun. Glades of Scots Pine trees were decorated with lights, shiny objects and stars which would symbolise the Divine Light. It is easy to see where out modern-day traditions of the Yule log and decorating a Christmas tree comes from.

Due to its long straight trunk and natural resins contained within the wood, Pine trees were a favourite for ship building as it is slow to decay. Probably for the same reasons the tree was also used as markers in the landscape, in the Highlands in Scotland it is said that it was used as markers for the burial places of warriors, heroes  and chieftains. Further south, these great trees were used to mark ancient cairns, trackways and crossroads. In England they were used not only to mark the drove roads, but also to mark the perimeters of meadows in which the drovers could graze their animals.

So when decorating you tree this year, give a thought to its traditional uses of celebrating the return of the sun and the great cycle of life. Happy Christmas and very merry festivities to you all.

To help you have a healthy cold free winter season here a few basic recipes for Scots Pine.

Infusion – for coughs and colds

Pour a cup of boiling water onto ½ teaspoon of twigs and leave to infuse for 10 – 15 minutes. Drink 3 times a day.

Inhalant– for catarrh and chesty coughs.

Bring 2-3 handfuls of twigs to the boil in 2 litres of water, simmer for 5 minutes and use as an inhalant by covering you head with a towel and inhale the steam for 15 minutes, Repeat often.

Leave 3 handful of twigs to stand in 750ml of water for ½ an hour, bring to the boil and simmer for 15 minutes, strain and add to a nice hot bath.

Here’s a poem by my good friend Nadia Kingsley:-

My History Lesson
Most of my observing nature happens here, at the landing window.
A lazy person at heart, I’ve wondered for over a year why each of my two Shropshire
homes has shown me a Scots Pine from its upstairs.
Both have been abutted by Grand Estate: land owned by gentry once, now run by
Management. Both overrun by pheasant – but here, on the Welsh border we also are
surrounded by sheep, untouched Ash, Oak, and Beech.
To write this poem – I now read about the Scots Pine. Turns out it was planted
everywhere but Scotland:  for nine thousand years a native in The Great Caledonian
Forest but then the English came, cut them down, turned them into ships and they
burned against Napoleon.
Forced the Highland Clearances next into grazing, some cling on, some cling on. It’s
not a coincidence that the cone makes good kindling – fire’s needed for the sprouting
– nor that in North England the Pinus sylvestris was planted next to houses with
allegiance to the Jacobites.
This erect tree – then used as sign for Croeso: a welcome through bryn and cwm
in Wales – explains why ‘my’ two Scots Pine stand erect on hill ridges. For centuries
the drovers walked their sheep to market. And the market was in London. Then came
the railway, and the drovers gone.
From here I can’t see the blue-green paired needles, or the cracks in its bark.
But it is straight, and unchanging in its colours, looks ancient and vulnerable.
And through my binoculars I see it’s red, like old blood. It has my respect.